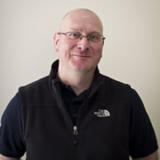 Alan started his career at Harper Motor Company in Union Glen serving his time as a mechanic.  He then moved to Taylor’s Auto Electrical specialising in engine tuning and problem solving.  This included the operation of their rolling road. From there it was a natural progression for Alan to become self-employed and A W Autotech was formed.  Alan’s top priority is to maintain very high standards which he passes on to the customer giving them the level of service they deserve, indeed the level of service he would wish for himself.

Away from work Alan’s interests include, football, golf, squash and motor sport. Alan started competing in the Aberdeen & District Club Championship including doing, Road Rallies Hill Sprints, Autocrosses and Autotests. For a number of years now he has competed in the Scottish Tarmac Championship in cars such as MK11 Escorts, Novas, Astras and lately a Mitsubishi Lancer. As with the variety of cars he has driven in motor sports his company deals with a wide range and make of vehicles.  Be it your road car, competition car, or classic car we have the knowledge, expertise and passion to help all our customers enjoy their car. 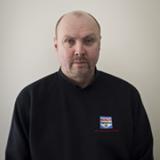 Martin started his career with Harper Motor Company in Union Glen, where he worked for 15 years as a mechanic and an apprentice trainer. He has worked for the motor industry for 38 years, 3 years as a Service Advisor, 15 years as an MOT Tester and 18 Years as a Garage Manager, a wealth of experience.

He is completely customer focused, enjoys challenge and will do his best to ensure that any job, large or small is dealt with efficiently and with a high degree of professionalism. Customer satisfaction is a priority. Outside work Martin’s interests include Classic Fords, Golf, Football and Music. 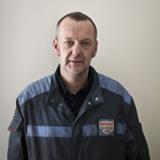 Kevin specialises in BMW cars with 25 years experience in the motor trade. He spent 17 years at the main BMW dealer and trained on Alpina and M Power.  He brings a wealth of knowledge and expertise to the company, what better reason than this to take your BMW to A W Autotech.

Kevin has a fervent passion for BMW’s. He is a member of the BMW Car Club and a keen motor sport enthusiast who has recently started doing Track day in his E35 Coupe. Kevin also owns an M5 39 road car. 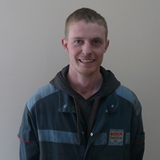 Martin is a time served mechanic at A.W. Autotech where hes has worked for over 6 years.   He has a strong interest in dianotstic work and is experienced in servicing all makes of car through his time in the motor trade.  Martin also specialises in superchip conversions.  His interests include playing football cycling and running. 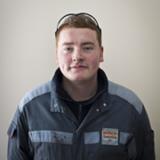 Mathew started working at A.W Autotech in 2011 and has been interested in cars and motor bikes from an early age.  He is currently in his 2nd year of an apprentiship with the company and is experienced in working on both classic and modern high end vehicles. 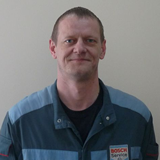 Steve specialises in ford vehicles and has 21 years total experience in the motor trade, 17 of which were at the main ford dealership doing in depth diagnostic's, electrical repairs, fitting and maintenance and also is an experienced workshop controller & foreman.

He has been extensively trained through ford motor company to senior technician level and is ATA registered.

A self acclaimed technology geek his hobbies include, diy, electronics, audio visual, IT and anything Apple. 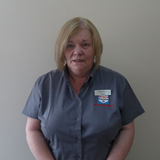 Helen has worked for the company in the accounts department for over 12 years now.  She enjoys being part of the team and has a fantastic rapor with all of the workers at A.W. Autotech.

Whilst working with the company Helen has gained valuable experience in accounts and book keeping and provides admisistrative support as well as other duties.  Helen’s hobbies include film, tv and socialising.

At AW Autotech, we firmly believe that customer satifaction is our upmost priority. We're qualified professionals whom thrive on bringing the life & soul back to your car.

Be sure to stay up to date with special offers by checking out social media.